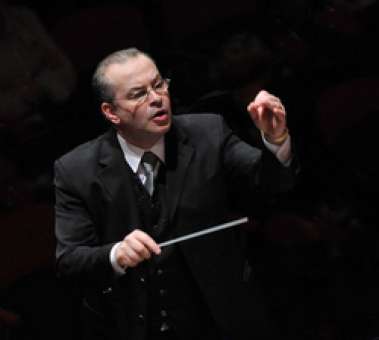 Franco Cesarini was born in 1961 in Bellinzone, Switzerland. He began his music studies in piano and flute at the conservatory in Milan (Italy) and continued at the conservatory in Basel. He studied with Peter-Lukas Graf (flute), with Felix Hauswirth (wind orchestra conducting) and with Robert Suter and Jacques Wildberger (theory and composition). Both as a soloist and as a member of various ensembles, he has won many prizes, including 1st prize at the Swiss Soloist Competition in 1981. In 1984 he received a scholarship from the Ernst Goehner Migros Foundation. Franco Cesarini currently teaches wind orchestra conducting at the Musikhochschule in Zurich. He is also conductor of the "Civica Filarmonica di Lugano" and the "Civica Filarmonica di Balerna" and is in great demand as a guest conductor and jury member at both national and international music competitions. Franco Cesarini is also a board member of the WASBE.
Since 1989 Franco Cesarini has been teaching wind orchestra conducting and instrumentation at the Musikhochschule in Zurich. Since 2001 he has taught composition and orchestral direction at the Conservatory of Italian Switzerland in Lugano. In 2001, Cesarini was invited as composer-in-residence at Southeast Missouri State University in Cape Girardeau, Missouri (United States). Since 1998 he has conducted the Civica Filarmonica di Lugano and directed the music school of the same city. In addition to his works for wind orchestra, he has written compositions for chamber music, voice, piano, various solo instruments, string quartet and symphony orchestra. 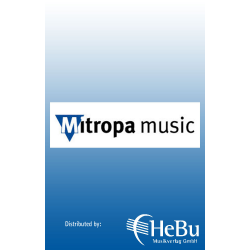 Variations On A French Folksong

Passacaglia and Fugue in C-minor BWV 582