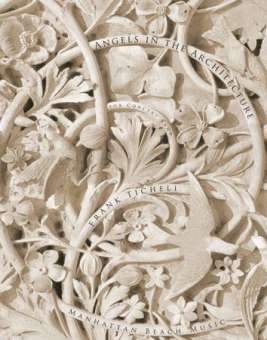 Alternative Artikelnummer: MBM183144
Angels in the Architecture is a BIG piece! Frank Ticheli has pulled out all the stops and created something massive. Truly, this piece was meant for massed bands, but it certainly works for a single ensemble as well. Ticheli himself describes it best:
Angels in the Architecture was commissioned by Kingsway International, and received its premiere performance at the Sydney Opera House on July 6, 2008 by a massed band of young musicians from Australia and the United States, conducted by Matthew George. The work unfolds as a dramatic conflict between the two extremes of human existenceone divine, the other evil.


The work's title is inspired by the Sydney Opera House itself, with its halo-shaped acoustical ornaments hanging directly above the performance stage.

Angels in the Architecture begins with a single voice singing a 19th-century Shaker song:

I am an angel of Light
I have soared from above
I am cloth'd with Mother's love.
I have come, I have come,
To protect my chosen band
And lead them to the promised land.

This angelrepresented by the singerframes the work, surrounding it with a protective wall of light and establishing the divine. Other representations of lightplayed by instruments rather than sunginclude a traditional Hebrew song of peace (Hevenu Shalom Aleicham) and the well-known 16th-century Genevan Psalter, Old Hundredth. These three borrowed songs, despite their varied religious origins, are meant to transcend any one religion, representing the more universal human ideals of peace, hope, and love. An original chorale, appearing twice in the work, represents my own personal expression of these aspirations.

In opposition, turbulent, fast-paced music appears as a symbol of darkness, death, and spiritual doubt. Twice during the musical drama, these shadows sneak in almost unnoticeably, slowly obscuring, and eventually obliterating the light altogether. The darkness prevails for long stretches of time, but the light always returns, inextinguishable, more powerful than before. The alternation of these opposing forces creates, in effect, a kind of five-part rondo form (lightdarknesslightdarknesslight).

Just as Charles Ives did more than century ago, Angels in the Architecture poses the unanswered question of existence. It ends as it began: the angel reappears singing the same comforting words. But deep below, a final shadow reappearsdistantly, ominously. 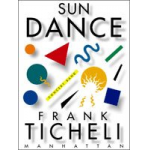 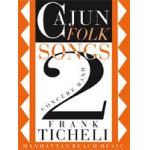 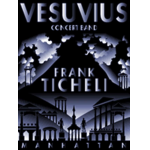 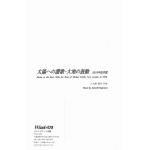 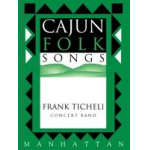 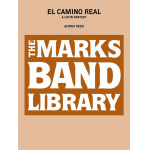 * Information on availability is based on previous experiences. Prices and availability are subject to change without notice!
Rev. 4.118 - Time: 690 ms | SQL: -1 ms