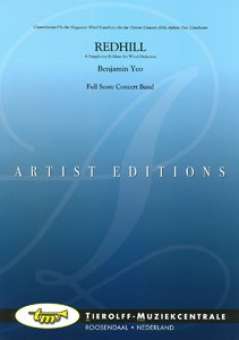 Redhill was commissioned by the Singapore Wind Symphony for their Taiwan Tour in 2014. It received its world premiere on April 25, 2014 at the Pingzhen City Social Education Culture Center, Taoyuan, Taiwan, under the musical direction of Mr. Adrian Tan. Redhill is a programmatic work based on one of Singapore's most well-known legends:

A long time ago, the southern coast of Singapore was infested by fierce swordfish. The villagers and fishermen could not ply their trades at sea, as they would be attacked by these fearsome creatures if they ever ventured near the waters. The people requested help from the Sultan, but even his royal army could not help. A little boy then proposed a solution to the Sultan: to build a barricade made of banana tree trunks along the effected coast. When the swordfish tried to attack the villagers again, their pointed beaks would pierce through the barricade and they would be trapped immediately. The plan worked perfectly, and the smart boy became popular among the villagers as their saviour. This invited jealousy from the Sultan. Fearing his rule would be threatened in the future, he sent his soldiers to kill the boy. As the poor boy died his blood flew down the hill, soaking the entire hill red.

The work is made up of six continuous episodes The Redhill', Village of Peace', Battle of the Sea', The Village Boy', The Vicious King' and Finale'. After the majestic opening in The Redhill', the Village of Peace' brings us into the sedateness and misty quality of the Indonesian (Javanese) gamelan sound-world. This section features the solo piccolo/flute representing the suling (an end-blown bamboo flute) accompanied by the soft mallet percussion and gong in the background. The music then moves into an ominous setting to prepare for the Battle of the Sea' in which the tension and instability are heightened by the use of rhythmic displacement and irregular meters. The following lyrical section highlights the youth and innocence of The Village Boy', featuring an oboe solo, accompanied by the piano. This calm is then disturbed by The Vicious King' and the reprise of the ominous atmosphere before the musical momentum takes off again towards the final section of the work. The Finale' brings back the oboe theme heard earlier but now performed by the full ensemble in a grandioso style, paying their final tribute to the ill-fated boy who saved the lives of the villagers! 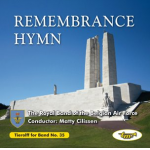 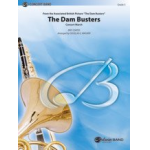 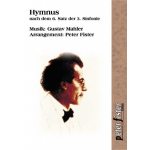 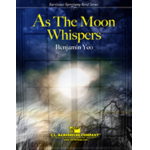 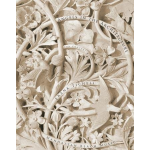 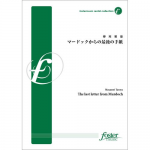 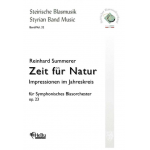 * Information on availability is based on previous experiences. Prices and availability are subject to change without notice!
Rev. 4.118 - Time: 142 ms | SQL: -1 ms