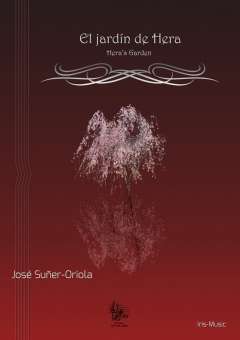 Stimmen zum Ausdrucken auf beiliegender CD !
A story based on Greek mythology. It describes a beautiful garden belonging to the goddess Hera, located in the westernmost point of the Greek world, probably in the Atlas mountain range or in a mythical island. This garden had a tree that produced golden apples that provided eternal youth.The tree had been a wedding gift from the goddess Gaia (Earth) to Hera, who commissioned the Hesperides, three nymphs of the West (Hesperetusta, Egle and Eritia) to take care of the garden. So valued the garden turned for Hera who sent the hundred headed dragon, Ladón. When Heracles was punished for killing his own children, Hera forced him to make ten missions end up being twelve. The eleventh work commissioned by King Eurystheus was to steal apples from the Garden of the Hesperides.Without knowing the path, Heracles walked through Greece, Macedonia and Egypt until finding the Garden of the Hesperides. Heracles tricked the Titan Atlas to steal some golden apples offering to hold the sky as he went to look for them. Atlas could get them by cheating on the Hesperides, as they were his daughters, but first he had to kill Ladón, the guardian dragon of the tree.On his return, Atlas decided not to accept to hold up the sky , and instead he offered to take the apples to Eurystheus, but Heracles tricked him again by asking Atlas to hold the sky a moment while he put his cloak more comfortably. Atlas agreed, and then Heracles took the apples and left.

The work is built in four sections.The first section, The Search describes the path of departure, the uncertainty and the one that will lead to meet his goal.Ladon, the second section, is the dilemma by Heracles of how to overcome the dragon. After the initial thought, the obsession with the dragon becomes more evident (Con fuoco) to reach the point of meditation and the research of ideas for solving his problem (Vivace) describing a series of thoughts, ending in the shout of a hundred headed dragon and their disappearance in the ashes of its own fire.The third section, Nymphs, is the story of a great betrayal, of a father to his daughters. The oboe shows the sadness of the nymphs upon knowing that his father intended to deceive them, subsequently consummated it with different timbre games.The last section, Escape and return, presents an energetic feeling that continues with a melodic line and in time will be the counterpoint in the thematic recurrence of the Nymphs theme, followed by the encounter of garden theme (First section) or Heracles theme, defined by brass, to conclude with a coda built as a tribute to the composers Reich Wagner Strauss - Respighi - Stravinsky Shostakovich Mahler.
107,00 €
inc. tax
plus shipping
Availability *
in stock | delivery time 1-2 days 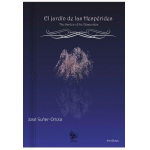 El Jardines de las Hesperides - The Garden of the Hesperides 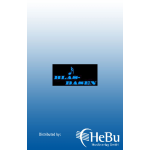 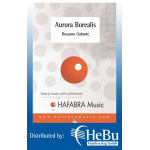 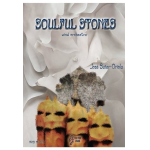 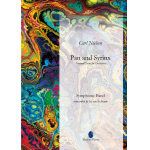 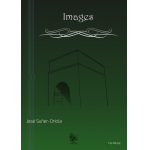 * Information on availability is based on previous experiences. Prices and availability are subject to change without notice!
Rev. 4.118 - Time: 166 ms | SQL: -1 ms